This show starts out in a world where an alien virus is transforming people into ferocious, mindless beasts. Soldiers under the employ of a certain organization have been supplied with sub dermal nanomachines which will form armour around them when necessary, and these soldiers fight the beasts. This is a fairly stereotypical setup so far. It’s nothing really new.

There is also a girl being kept in a lab by the same organization in question. She is forced to live her life in almost complete isolation because of her ability to nullify the virus.

One of the soldiers stumbles across her, one day in the courtyard, and they begin to grow close.

The plot isn’t something too unique. It also seemed quite centred on the lives of those within this organization, failing to give a clear picture of the state of the world otherwise. Without any world building it becomes hard to grasp the true consequences of failure. Which makes it harder to care about what they are doing. This could be partially excused by the limited timeframe they had to work with.

It tried to explore a theme within the show, “is it right to keep someone captive to save a multitude of lives.” to which it gave a clear answer. It was done simply, but at least with this the story wasn’t completely aimless. 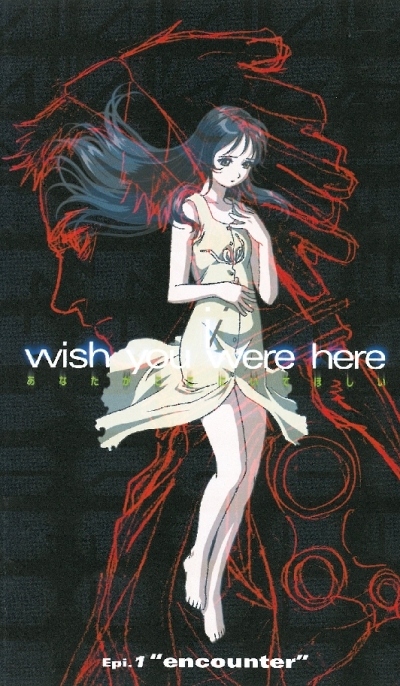 I do like the fact that this is a soppy romantic story, set in this particular environment. I felt it unusual and quirky, and they pulled it off quite well towards the end of the show. Their romance was much too sudden, but considering they only had four episodes to work with it’s a forgivable flaw. I loved the dynamic between those two characters.

I wasn’t a fan of the way they displayed her powers, I thought it not only overused but also found that it crossed the line in terms of suspending disbelief. It was just a little too strange for the setup. I feel like it’s a trope from a whole other genre.

I thought that they had far too many other soldier characters, and they actually gave too much character development and focus to them. These other soldiers didn’t add much to the story, so they should have kept the focus on the main characters, especially in such a short series.

Many people seem to be overly critical of this short show in their reviews. It wasn’t anything spectacular, but I don’t think it was completely awful either. I think in general it’s likeable, flaws and all.

The setting of this show actually reminds me quite a bit of Generator Rex, although I think Generator Rex did a far better job of presenting it.

I just finished the entire Darker than Black manga, which I assumed was what the anime was an adaptation of, only to find out that this was written after the anime’s completion and did not follow the same story. I haven’t seen the anime, so that was kind of annoying and probably explains why the story got a bit hard to follow towards the end. Grrr! I should’ve checked before reading.

I’m one of those people who love collecting, reading and watching things in sequential order. When I started collecting manga, it was easy to imagine lining up an entire manga series neatly on a shelf. But currently I don’t own a single manga series that isn’t incomplete or out of order.

I used to think nothing was more irritating then then owning a series out of order, but now I’ve come to accept that I will always own stray volumes that I can’t read yet due to other missing volumes. This always happens when I try to buy it cheaply.

I guess it’s just my curse as an otaku and collector. (With a limited budget.)